In the age under the shadow of accused sexual predator Harvey Weinstein, Vladimir Putin’s hypermasculinity and conservative politician Donald Trump, the question of masculine identity looms as exigently as ever. While it is proper to identity construction of all kinds to question and deliberate upon what is constituted as desirable, it is now the sheer multiplicity of masculine identities, coupled with the reassertion of some of the less desirable, that makes this area of inquiry so rich, and so necessary.

Looking at the present inevitably involves combing the past: stylish types appeared in the West during the 19th century, such as the dandy or the restless bohemian, or postwar masculinities such as the beatnik hipster, the rebel, the hippie, or the playboy. The social and political upheavals of the 1960s (which includes Stonewall Riots in 1969) and beyond precipitated the so-called “crisis in masculinity” in which recourse to the age-old models of bold, straight, breadwinner was no longer the default model of what men ought to be. Gay and lesbian liberation, civil rights and the women’s movement placed normative masculinities on shaky ground. A confluence of a number of factors that had destabilised traditional, white middle-class, masculinity and gave rise to the men’s movement which contained branches that were masculine and pro-feminist. The emergence of the ‘New Man’ which was aided by the rise the retail sector and the style press, targeted affluent young male consumers and produced new kinds of images of men and their bodies in many cases reflective of by gay pornography. By the 90s, this mediated ‘New Man’ had virtually disappeared and was replaced by the loutish New Lad. Labels come and go, and the beginning of the new millennium heralded the metrosexual, a consumer of luxury goods and cosmetics commensurate with any woman. In the new millennium, the effects of climate change and global warming, along with the sustainability and slow food movement, has produced new mediated masculinities, the repackaged urban hipster and his modern huntsman brother, the lumbersexual who has retreated back to nature. Masculinities are temporarily and spatially contingent and are embedded in culture, language and representation.

Yet the history of men’s fashion has tended to be the history of men’s fashion in the West. A history that prioritises European, rather than indigenous or non-western dress practices. Little attention has also been paid to the ways in which dress and appearance construct masculinities and connections with traditions in settler or colonised societies. This can be said of the Congo’s Sapeurs and the Death Metal Cowboys of Botswana where the dialectics between colonised/coloniser are complicated.

Millennial Masculinities is a two day interdisciplinary conference that explores the expression of masculinities through constructions of fashion, identity, style and appearance across the Arts and Humanities. Its areas of inquiry include cultural and gender theory, art history, fashion studies, film studies, literature, philosophy and sociology amongst others.

There will be the opportunity for papers to be published in a special issue of Critical Studies in Men’s Fashion, as well as the journals Film, Fashion and Consumption and the Journal of Asia Pacific Pop Culture. 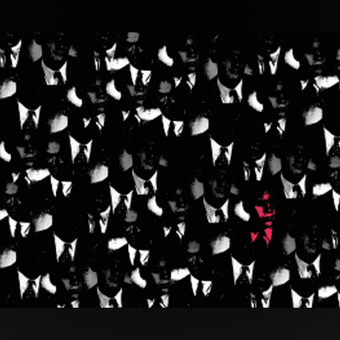