Call for Abstracts: The City and Complexity – Life, Design and Commerce in the Built Environment Conference, London

01 Apr 2020 (All Day)
You've indicated that you are not attending this event.
You've successfully registered for this event.

2020 marks the 50th anniversary of Jane Jacobs’ The Economy of Cities. It came a decade after her seminal work, The Death and Life of Great American Cities, and heralded a new age in thinking about the city. The city would no longer be a question of design and planning in isolation. From the early 1970s onwards, it would be seen as a complex interdisciplinary phenomenon.

The first years of the 1970s saw the introduction of a whole series of notions that would mutually inform our reading of the metropolis: social justice and the city, sustainability, defensible space, and urban centres as sites of public health. It saw the emergence of concepts such as the global city, urban economics, the post-industrial society and the cultural city. From art, design and cultural perspectives, post-modernism would critique of the whole modernist project.

Five decades after complexity theory was first applied to our reading of the city, this conference revisits its consequences. It reconsiders the city as an adaptive, self-organising and unpredictable system of interconnecting interventions, forces and perspectives. It asks how these competing and mutually reinforcing factors came into play and how they operate today. It questions how the city has been, and continues to be, informed by the practices of multiple disciplines.

Today, ideas like the ‘business cluster’ are well established tenets of geographical economics. Research agencies prioritise place based approaches to economic growth as a matter of course. Architects such as Rem Koolhaas and Patrik Schumacher embrace the chaos of the Neoliberal city. Others such as Teddy Cruz emphasise housing, community activism and social responsibility. Engineers offer technical solutions to environmental design while the Rockefeller Foundation has highlighted city resilience. The United Nations has argued that ‘while cities bring opportunities, they also foster health epidemics’.

In this complex scenario nothing is isolated. New Urbanism can be analysed using space syntax. The walkable city can be aligned with Transport Orientated Development. Designers can be commissioned as tools of economic regeneration. Housing can be linked to financial crisis. The artistic and cultural heritage of our cities can become touristic futures. Health concerns can dictate urban design and regional planning.

This complexity has historical roots. By the early 1970s, spatial relationships had been fully embedded into financial theory. The city as a spatio-economic phenomena had been linked to ‘the right to the city’. Art and design had been fully commodified. The demolition of the Pruitt Igoe housing complex had been identified as the moment of modernism’s death. The Environmental Protection Agency had been set up. Sustainable design was on the agenda and, within a decade, the UN Healthy Cities initiative would be operative globally.

Seeing the urban phenomenon as not reducible to single issues, this conference asks you to bring your disciplinary expertise to a forum examining the city through the lens of complexity theory – as inevitably fragmented but simultaneously interconnected and changing. As such it welcomes contributions on the following strands (click for details): 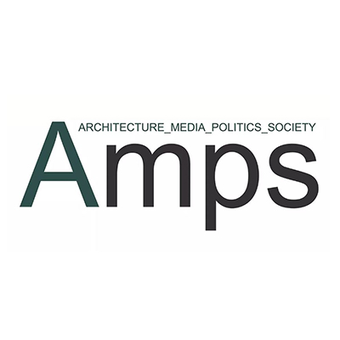