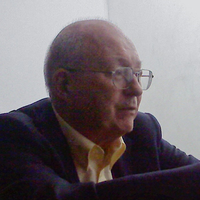 He was one of the pioneers of design research, joining the Institute of Design at IIT Chicago in 1965, having studied both product design and computer science. At IIT he founded and directed the Design Processes Laboratory, and for many years published and distributed the Design Processes Newsletter, which was one of the ways research news was disseminated all those years ago. I met him for the first time when he came to Europe in the early 1990s on a study tour of PhD design work, prior to establishing the PhD programme at the Institute of Design. Several DRS Members and Fellows around the world are former students of his.

Chuck Owen was a prolific researcher, working in design theory and methodology and computer aided design across domains from product design to urban planning. Perhaps his most significant research contributions were in linking design and systems studies in new approaches to complex systems design. He published several papers in Design Studies, the most recent being "Evaluation of Complex Systems" (2007).

Some of his projects with colleagues and students at the Institute of Design made important contributions in environmental and urban planning. This includes Project Phoenix, which began in 1988 and gained international attention. The project investigated and proposed how to mitigate the global effects of greenhouse gases. Another example is the Future Living project, a systems study of housing design to support good standards of living while maximising environmental standards and economic self-sufficiency.