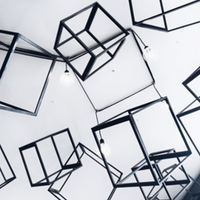 In his 2018 Design Studies article, “Developing theory-driven design research”, and in an accompanying DRS blog interview, Philip Cash describes a problem that can be reinterpreted as a puzzle: Design research is a growing, vibrant field, yet it often provides little in the way of usable theory for investigators (within the field and practice of design or elsewhere) to cite and build upon. On the one hand, design can offer unique and successful approaches to addressing the complex, pressing challenges facing the world, yet design research appears not to be producing a body of theory that is subsequently built upon, contested and confirmed like other fields. As Cash states, “We struggle to build new theory and this is holding us back. We’re ready for a new way of doing things and to develop more theory-driven design research!”

Questions about the future of design research and the way it can (and should) seek to develop knowledge are long-standing in the field, and Cash’s article therefore represents a welcome addition to this ongoing discourse. We could claim that design research is a relatively young, emerging discipline within design, making it reasonable to speculate that it is still defining itself in terms of academic identity and clear articulation of its research landscape. However, it can also be argued that design research is in fact more mature than other research trajectories, which have nonetheless adopted clear standards and methods for rigorously producing knowledge; with Synthetic Biology, Computational Medicine, and Human-Computer Interaction representing just a handful of useful comparative examples.

It is also evident that design research practice is not atheoretical. Design researchers can, and of course do use highly rigorous, theory-informed methods in their research, including those drawn from the sciences. To support this, and as Cash duly notes, publications in top design research journals often rely on the theoretical products of other fields, and the reverse is also evidenced within science and medicine (for example, the works of Mina Bissell and Donald Ingber). It is also clear that design situations can be theoretically defined and experimentally reproduced, permitting empirical scientific investigation (for example, in the work of Gabi Goldschmidt). Nonetheless, the question remains as to whether this should be the only way design researchers produce and advance knowledge?

There is an extensive literature spanning at least the last 60 years that problematises the construct of objective science as a sole benchmark for understanding the world. Such constructionist approaches have been extensively applied to great effect in monolithic models of research, as well as a very large contribution to design research, drawing on post-structuralist thinkers including Derrida, Foucault and Deleuze. In fact, science itself is currently undergoing a profound moment of self-examination; questioning the validity and reproducibility of it’s prevailing universal, technocratic models (for example, see Monya Baker’s 2016 article). It is also worth taking note that medicine and healthcare are increasingly re-incorporating design research into their portfolios in a desperate attempt to help redress the disparities that a purely scientifically-led empirical model currently provides (for example, see Mark L Tykocinski’s 2018 commentary).

An overriding theme of Cash’s article is the presence of a potentially-existential threat to design research through lack of relevance and impact in other fields. The literature Cash reviewed showed few examples of theory being drawn from design research, but the impact of design research is not only through citations of theory. The interdisciplinary and collaborative work involving design researchers can have impact on the world through the production of tools, systems and services, and via changes in policy and practice – all without the need for theory to describe and experimentally isolate its contributions. These forms of impact may be challenging to measure, especially in comparison with more traditional research metrics, but that does not make them necessarily less valuable as contributions of design research to humanity. We might be encouraged to see design researchers publishing in other fields as a route to impact, rather than positioning this as a force fragmenting the ‘territory’ of design research.

The alternative perspectives offered here are not intended to dismiss Cash’s call for greater rigour, clarity and commensurability in design research. We see the diverse and elastic nature of this approach as a strength, not a weakness of the discipline, but this type of adaptability must be visible for research findings to be successfully shared. We see significant benefits for design researchers more consistently and rigorously stating the framings and connections that underpin their work, helping to reveal navigable pathways within the field. The role given to theory in science allows it to articulate experimentally-testable expressions and to define a landscape of domains, fields and specialisms. Design research would benefit greatly from the second of these functions, but need not require the former to do so. The distinctive and expanding ability of design to engage with complexity and human need is secondary to the need to predict its ability to do so.

Write your comments below or contact Isabel (editor@designresearchsociety.org) if you have thoughts on design research. We hope to continue this discussion through short articles, interviews and debates.