You've indicated that you are not attending this event.
You've successfully registered for this event.


Or paste this link in your browser's address bar: https://caa.confex.com/caa/2023/webprogrampreliminary/Session11700.html

With a tortuous and complicated history, India today stands at the confluence of several years of assimilation of cultures that poured into the land over the centuries. Of these, the two most significant are the Mughals that ruled India roughly from 1526 to1857, and then the British, that colonized the country from 1858 to 1947. The panel examines this confluence of influences and the impact these two specific periods had on the centuries-old traditions of language, and communication through a process of assimilation to arrive at the visual cultures that have emerged today in the Indian subcontinent. Visual cultures are shaped by our ability to create languages (both visual and verbal) that manifest themselves through visual marks. Each mark serves a goal—to communicate an idea. Most visual manifestations whether two-dimensional or three-dimensional, start as a single creation. But over time, through imitation and inspiration, these manifestations multiply. The multiplication of elements creates a visual system: a system where these marks exist as separate entities, yet when seen collectively, result in creating a visual ‘whole’ that is not necessarily a sum of its part but a much more complex and integrated visual ‘whole’—that we refer to as visual culture. Invited proposals will extend the examination of visual cultures within the Indian subcontinent and the ways in which these visual cultures have intersected with historical influences in the region, to bring us to the contemporary intersections that are at once rich, pluralistic, complicated, dichotomous, multicultural, and multitudinal.

The session will have a hybrid format.

Additional information about the submission and details of the conference are available at:
https://caa.confex.com/caa/2023/webprogrampreliminary/meeting.html

Questions can be directed to the panel's chair, Neeta Verma at nverma@designv.us. 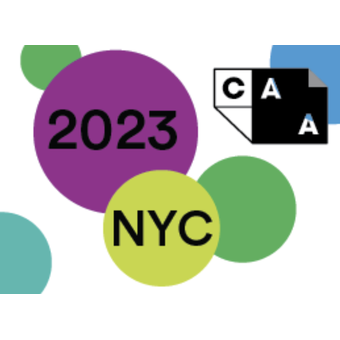